skip to main | skip to sidebar

The Republican noise machine, or "It depends on what the meaning of Terrorist Surveillance Program is"


Compare that (not much contrast) to this morning's editorial over at the National Review:

As best as we can tell, here is how events unfolded. After September 11, the NSA began running wiretaps on suspected al Qaeda operatives. The surveillance program was reauthorized every 45 days. In 2004, however, Justice Department officials, for the first time, raised legal objections to the scope of the program. The resulting dispute within the administration led to the famous hospital scene, after which President Bush sided with the Justice Department officials and narrowed the program. Many months later, the New York Times revealed the existence of this now-narrowed program; President Bush then confirmed its existence and named it the “Terrorist Surveillance Program”; and Gonzales defended it.

When Gonzales said that “there has not been any serious disagreement about the program that the president has confirmed,” then, he was referring to the later, narrowed version of terrorist surveillance, and as far as we know he was correct. Other disputed Gonzales comments appear to follow the same basic pattern.

Thursday afternoon, the press and the Democrats started to play up testimony by FBI director Robert Mueller about the hospital-room meeting, testimony that supposedly contradicts Gonzales. But all Mueller said was that the meeting concerned a legal disagreement over the NSA’s surveillance. If our account of the chronology of the program is correct, there is no contradiction here. |link|

Good to see that everybody got the memo.

The Bellman has your snark right here 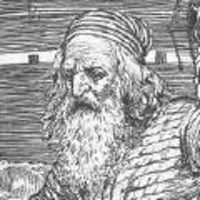 "Just the place for a Snark!" the Bellman cried,
As he landed his crew with care;
Supporting each man on the top of the tide
By a finger entwined in his hair. 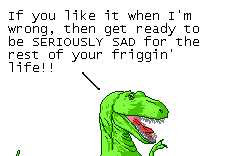 with the searching even